Sportspress
Accueil Sports Cyclisme An outstanding route to mark the 10th anniversary of the Tour de...

· “In addition to the summit finishes at Cerro del Amago and Comechingones, there will be a climb on stage 3 with 11 km to go,” says Roberto Coca, technical advisor of the Argentinian race

The beginning of the Argentinian competition remains in everyone’s memory. In 2006 Alberto Rodríguez Saá, the prime mover of the race, witnessed the Tour de France’s final stage in Paris and he started to work to launch a cycling project in his province the following year.

Gilberto Simoni was the star attraction in the first edition of the race in 2007. From those days on, thanks to the work carried out by Giovanni Lombardi ­­ –former Olympic champion on the track in Barcelona in 1992 – some of the best riders in the peloton have participated in the competition: Alberto Contador, Vincenzo Nibali, Nairo Quintana, Joaquín Rodríguez, Ivan Basso, Levi Leipheimer, Frank Schleck, Van den Broeck, Van Garderen, Peter Sagan, Mark Cavendish, Tom Boonen and, among many others, Michal Kwiatkowski.

Not only the list of riders will be outstanding, but also the route. The peloton will race for 921.7 km across seven stages. There will be an opening team time trial –the first one in Tour de San Luis history- and two summit finishes: at Cerro El Amago (1.710 m) on stage 4 and Filo Sierras Comechingones (2.140 m) on stage 6. The sprinters and the bravest riders who attack far away from the finish line will have to fight to take the other stage victories.

“We try to innovate in every edition,” says UCI International Commissaire Roberto Coca who is the technical advisor of the race and assistant of race director Andrés Martínez. “This year the innovation will be the opening team time trial. We wanted to have a stage like this for a long time, but we faced the difficulty that not every team had six riders as some of them had eight.” However, in this edition all the teams will have the same number of riders.

In order to achieve a balance, the 2016 Tour de San Luis will have two summit finishes: Cerro del Amago and Comechingones. “We have chosen these ones because they are the toughest and most traditional hills,” adds Coca. “Comechingones was included for the first time last year, while in the previous editions the riders climbed to Mirador del Sol (1.450 m). Reaching the Amago needed an investment of San Luis Government, but I think it was worth the effort because it is a fantastic climb to show to the world.”

With opportunities for everybody, the race has achieved a balance. “It will be an edition as tough as the previous ones,” points out the Spanish commissaire. “We cannot forget that the third stage has a second category climb (Mirador del Potrero) with 11 km to go, so there will be another exciting finish there,” he says. “Since this year we will not go to other Argentinian provinces, as we did in 2015 by moving to Córdoba. The transfers will be easier,” something that makes riders and teams happier.

But who and how is the route decided every year? “San Luis Government suggests an itinerary and the consultants assess its suitability on the ground in terms of toughness, length and distance from San Luis capital,” the place where the teams are settled. “We start to organise everything in May and June. Giovanni Lombardi and I travel to Argentina in July in order to define the route together with the San Luis team and schedule the first work meetings.”

The multidisciplinary work has given good results and in only ten editions the Tour de San Luis has become Latin American’s greatest cycling race. “We will work with European standards,” underlines Roberto Coca, who predicts another amazing edition. 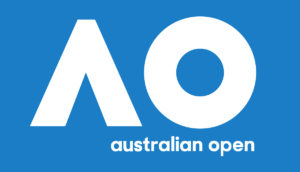