(03-01-2019 / deceuninck-quickstep) First Luxembourger in more than half a century to win a stage at the Giro d’Italia, back in 2017, when he outsprinted all the other GC favourites in Bergamo to claim what at that time was the biggest victory of his career, Bob Jungels will return to the race which this year will be bookended by individual time trials, hosted by Bologna and Verona, respectively.

In 2016, at his debut there, Jungels rode to a solid sixth and the prized maglia bianca, which he spectacularly retained one year later, when he again concluded in the general classification top 10. On both occasions, he enjoyed a stint in the pink jersey, for a total of eight days at the top of the overall standings.

“I love the Giro, it’s a beautiful and challenging race which always forces you to push beyond your limits, and I love the fans who cheer for us and give such a warm welcome every single time, making it an unforgettable and overwhelming experience. That’s why I am beyond excited to return there in May together with the Wolfpack, discover new towns and climbs, and hopefully help enhance our palmares”, said Bob, for whom the Corsa Rosa will mark his seventh Grand Tour outing.

“It’s quite an interesting course, especially for those that are strong in the time trials. The first week doesn’t seem to be that hard at first, but some of the stages look unpredictable. There aren’t many where you can say that a climber or a sprinter will definitely win, and so they will be a gamble, which is the kind of racing that I like”, said Bob about the parcours of the 102nd edition. “That’s the great thing about the Giro – it isn’t such a controlled race as say something like the Tour – and that suits me, especially as the route is open, with tough climbs as Gavia and Mortirolo, but also almost 60 kilometers of time trialling.”

The reigning Liège–Bastogne–Liège champion and winner of both national titles in 2018, Jungels will start his fourth season in the Deceuninck – Quick-Step jersey at Tour Colombia (12-17 February), where our team have won a staggering four stages last year. 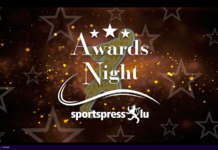 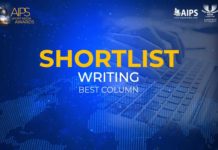