The 25-year-old shooter — whose only previous final participation was at the 2014 ISSF World Championship in Granada (ESP) — climbed atop the podium in Guadalajara (MEX), besting first-time final participant Emanuele Buccolieri of Italy and Vesa Tornroos of Finland.

In the only final scheduled on day 4 at the ISSF World Cup Stage 1 in Guadalajara (MEX), Luxembourg’s Lyndon Sosa took gold in the men’s Trap event, both securing the first World Cup medal of his career and his country’s first medal in the history of the ISSF World Cup.

Entering the final ten targets of the match tied at 36 with Italy’s Emanuele Buccolieri — another first-time final participant — Sosa nailed a perfect series, taking advantage of Buccolieri’s costly miss in his 41st target.

Sosa — whose only previous final participation was at the 2014 ISSF World Championship in Granada (ESP), where he placed 4th — finished with 46 hits out of 50 targets, while the 21-year-old Italian took silver with 45.

The bronze medal was awarded to Finland’s Vesa Tornroos, who missed his first two clays and climbed back up to the 3rd position, crushing 32 of his 40 targets.

It’s the first medal in an international competition for the 35-year-old from Heinola, whose previous best result was a 4th place nailed at the ISSF World Cup in Larnaka (CYP) in 2014.

Tornroos survived the elimination at the 35-target mark thanks to a better qualification score compared to Yannick Peeters’. The Belgian 32-year-old shooter finished in 4th place with 28 target hits out of 35, preceding Spain’s Antonio Bailon — currently ranked 8th in the world in this event — who took 5th place with 22 out of 30.

Eliminated after 25 targets, Tornroos’ teammate Jukka Laakso (39) placed 6th with 17 hits, signing the best placement of his international career in this event. 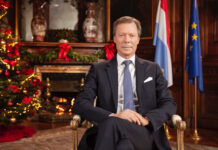